Are you looking for the truth about the Viral Income System and is it really capable of providing anyone with financial freedom and finally break free of mediocrity regardless of what is happening in the world and how bad the economy is? This newly launched system has been getting of buzz in the online marketing community recently, which really prompted us to take a look at it further. As its name suggests, it is designed to generate viral traffic and get exponential results on all marketing efforts.

To start making money with Viral Income System, what members have to do is “plug-in” offers into the system and click a few buttons to make them go “viral” like the coronavirus. The nature of the internet makes it possible for anyone’s marketing efforts to go viral given how quickly people can communicate with one another online. Since this system is based on the affiliate marketing model, members do not have to create their own products and services to make money but can instead rely on promoting other people’s offers to generate affiliate commissions for themselves. 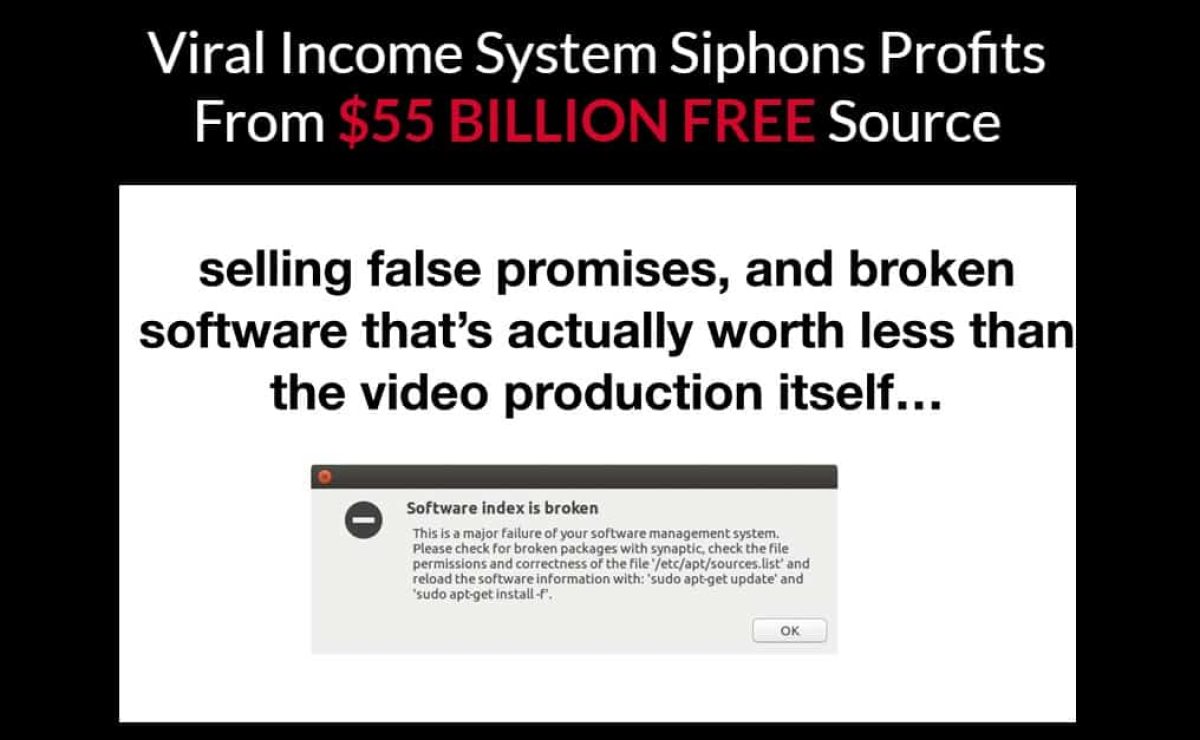 How Exactly Does The Viral Income System Work?

Basically, all members will be set-up with a website that automatically grabs viral trending videos from Youtube and lists them on the websites. This way, members are able to leverage on others’ viral videos and use them to generate viral traffic to their own offers. To monetise these videos, members will be placing affiliate marketing and other advertising links on their webpage to start generating residual long-term profits from their sites. To keep your websites up-to-date, the Viral Income System gives members access to software that automatically updates their websites with new viral videos to keep the website traffic and commissions flowing.

By regularly keeping the websites up-to-date and fresh with the latest videos, search engines such as Google, Bing and Yahoo will continually rank those sites for the search terms to get high-quality traffic. Because members don’t have to create any of the videos themselves and with all the powerful software and tools provided in Viral Income System, it really takes very little time and effort for a new member to get his site up-and-running.

Access to Viral Income System also gives members access to the more than 1,000+ highest converting email campaigns that Matthew has tested extensively to work effectively in getting clicks. These are tested-and-proven email marketing templates that get receivers to open, click and buy whatever you are promoting, providing members with an even more stable source of online profits. Besides earning from product promotions, these email swipes can also be used to get people onto your sites, which you can then monetise with high-paying advertisements such as Google Adsense.

High-converting money pages are essential to make sure that you are getting the best results from your marketing and promotion efforts. With this bonus, members can be assured that they are properly monetising their traffic and not letting their clicks and view to go waste.

What Is The Viral Income System Pricing?

At a $49, one-time subscription fee price-point, we think Viral Income System is great value-for-money given that most other software vendors would minimally charge a similar recurring fee for such a system. To get started, all members have to do is to go through their secure payment channel and make their subscription fee payment. They can also rest assured that their information like credit card details will be kept secured through Viral Income System’s military-grade 128-bit encryption on its checkout page. 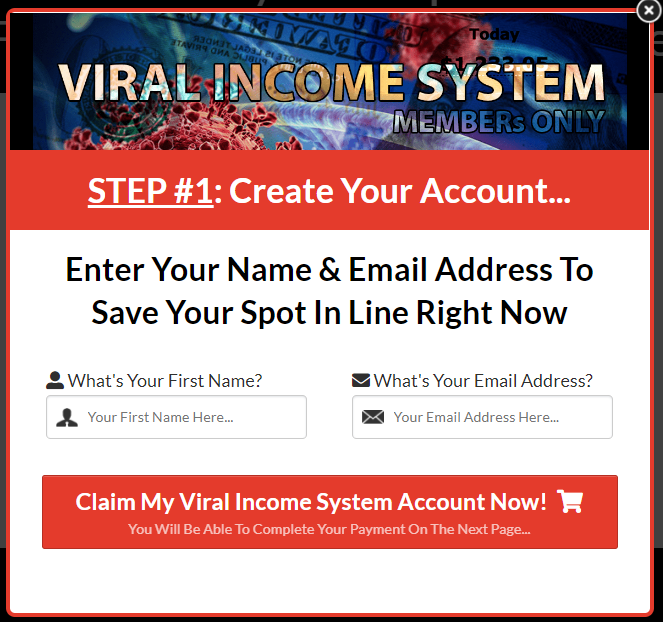 The success of Viral Income System has given rise to many frauds who try to sell their own fake training systems in its name. This is a big issue as many customers have lost their money in joining from such fake sites. It is advised that customers should be really careful when they are purchasing and should do some research before they join from any website. To spot these, watch out and avoid sites that claim to write about Viral Income System, yet the write-up is completely garbage as they are created by software and spammed all over the internet. It is always better to avoid joining from any other site other than the official one. Therefore, it is highly advised that consumers do careful research, or only buy from the site from the official website here – http://ViralIncomeSystem.com/Official (link opens in a new window). The official website that they have includes the legitimate system.

In summary, Viral Income System is a legitimate online income system that we have found gives members the ability to earn big-ticket commissions as well as long-term residual income from ads. It is 99% automated by the various software and tools that Matthew and his team have painstakingly created and given members access to. Hence, if you too would like to take advantage of the “viral” nature of the internet and use its power to create for yourself a resilient and stable long-term source of income, then we highly recommend you to learn more about the Viral Income System at the button link below!