Would you like to find out the truth about the Croker Golf System Swing and does it really teach golfers how to hit the ball further more accurately and with more consistency that lasts for a lifetime? Unlike most other golf swing training programs that we have tried in the past that were mostly incomplete, the Croker Golf System Swing is one that we have found to be one of the most complete covering all the essential skills needed for a good swing. These including learning putting, pitching, chipping, rescue club, full swing, driver, fairway woods and bunker play. Essentially, by completing this training, members will be imparted with a golf swing that can last them a lifetime and attain a body more friendly for golf-swinging with accuracy, power and consistency.

One of the main features of this training is that it does not require many years of training to learn how to swing at a high level. It has been featured on the Golf Digest for the simple reason that it works and is so successful. Despite being an orthodox golf swing, it utilises a natural hitting action by taking advantage of a golfer’s natural ball-hitting ability to train him to get his best swing. 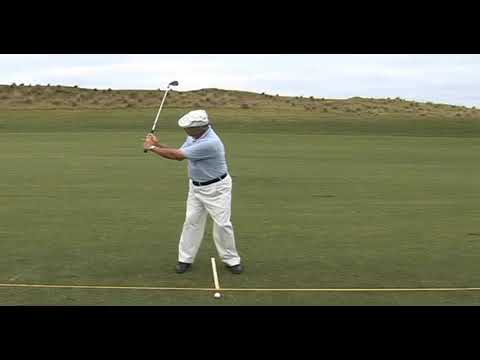 What Exactly Is The Croker Golf System Swing And How Does It Work?

Basically, the swing is used for all shots with all clubs from the driver to the putter. It involves a series of pushing rather than pulling motions which nullifies tension and prevents yips when done properly.

The system first involves first using the wrists and hands instead of the arms to do a few relaxed waggles before the 1-2-3 sequences that characterise the Croker Golf System Swing. The waggles are then followed by a light tap-tap-tap of the clubbed on the turf which is initiated by the hands and wrists. On putts, this is done lightly and imperceptibly, whole done above the ground in a bunker or other hazards. The tap-tap-tap is used to help maintain a square clubface or how the golfer chooses to align, while also indicating exactly where the ground is. This motion also keeps the club moving, creates a flow and prevents a locked or frozen position at address.

The success of Croker Golf System Swing has given rise to many frauds who try to sell their own fake systems in its name. This is a big issue as many customers have lost their money in buying from such fake sites. It is advised that customers should be really careful when they are purchasing and should do some research before they buy from any website. To spot these, watch out and avoid sites that claim to write about Croker Golf System Swing, yet the write-up is completely garbage and unreadable as they are created by software and spammed all over the internet. It is always better to avoid buying from any other site other than the official one. Therefore, it is highly advised that consumers do careful research, or only buy from the site from the official website here – http://Add25Yards.com/CrokerGoflSsystemSwingOfficial (link opens in a new window). The official website that they have includes the legitimate system.