Peer2Profit Preview: (to pause video, simply tap/click on it)

Are you interested to learn the truth about the Peer2Profit platform and is it really a passive earnings platform that can be achieved by setting up its software or app and letting it run? These days, there are several services that pay their users for sharing their Internet traffic. One of the top names that has emerged in this space is Peer2Profit. While a couple of dollars may not be much, this is a good way for Internet bandwidth owners to convert them into something useful. For low-income countries with access to cheap or free Internet access, Peer2Profit can have a big impact when converted to their own local currency.

Peer2Profit comes with several unique features that we will be discussing that cannot be found on other similar platforms. It uses its members’ devices as a peer member in their P2P network to provide real IP addresses to proxy networks. 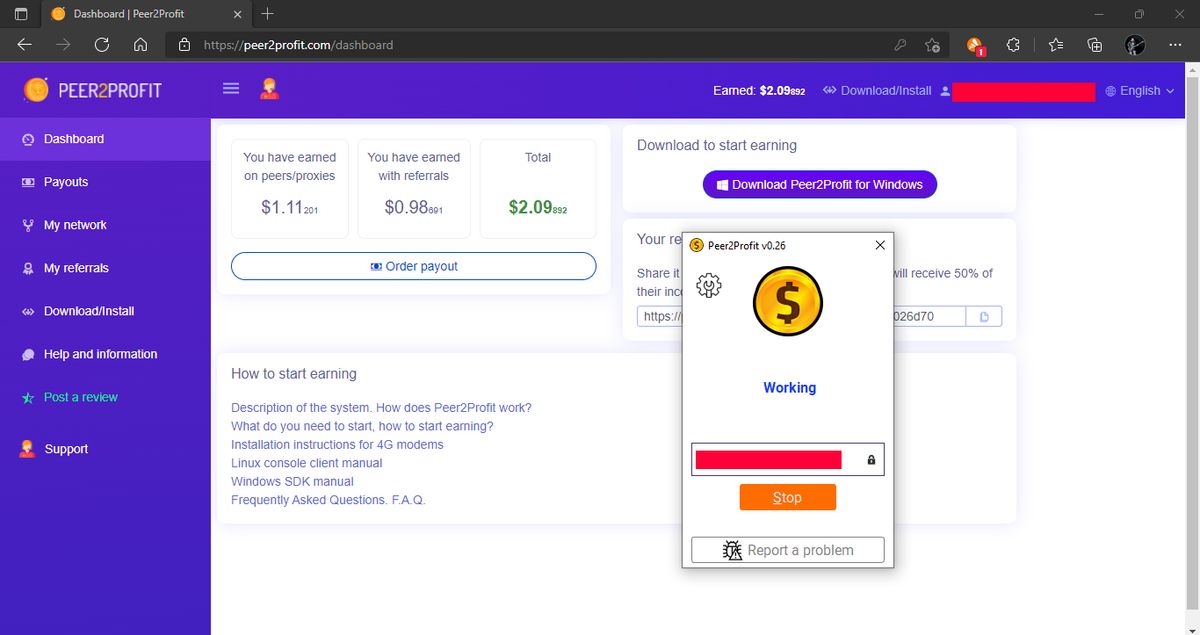 What Are The 2 Main Options To Start Earning With Peer2Profit?

This is the main way that requires downloading of their software program once you have signed up as a member. This can be done either on the computer or a cellphone. For computer systems, Peer2Profit works on Linux, Windows and Ubuntu systems. It is currently not yet available for use on Mac devices, though it is quite possible that they could develop a Mac version in the future. Its software is easily accessible simply by clicking on the Download’Install link that will show up on the left side of the dashboard. Once it has been installed, all that a user needs to do is make sure that the software is running in the background and it will automatically do what it is built to do and start monetising bandwidth for its users.

Peer2Profit also has an amazing referral program where users can earn more by inviting people to sign up. They can then be paid 50% of what their referral earns as long as they have signed up with the right referral link. This earnings is not deducted out of the referral’s income. As long as your referrals are genuinely interested in monetising their Internet bandwidth for income, then this becomes an amazing opportunity to boost Peer2Profit’s profit potential even further. 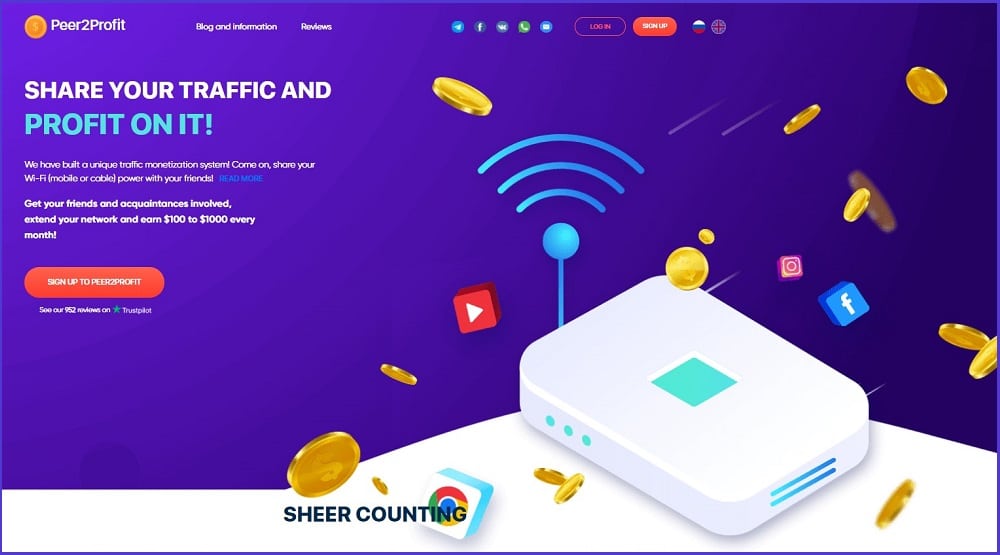 Review Verdict: Peer2Profit is a legitimate program that works

The success of Peer2Profit has given rise to many frauds who try to sell their own fake platforms in its name. This is a big issue as many customers have lost their money in joining from such fake sites. It is advised that customers should be really careful when they are joining and should do some research before they join from any website. To spot these, watch out and avoid sites that claim to write about Peer2Profit, yet the write-up is completely garbage and unreadable as they are created by software and spammed all over the internet. It is always better to avoid joining from any other site other than the official one. Therefore, it is highly advised that consumers do careful research, or only join from the site from the official website here – http://Peer2Profit.io/Official (link opens in a new window). The official website that they have includes the legitimate platform.