Before you read my review, if you’re sick of legits and want a real solution for making money check out my recommendation…

Go here and see my no.1 recommendation for making money online

WIFI Millionaire – What Is It?

The reason I’ve decided to put together this review is because I recently received an email about the WIFI Millionaire and decided to check it out. I instantly recognised the guy in the video as Matt Lloyd the creator of MOBE. I actually did a review on MOBE a few months back. A few years ago Matt created a company called MOBE which took the industry by storm and he’s personally done over $150 million in sales of which $75 million has been paid out to affiliates of his company. Those are pretty impressive stats.

What the heck is MOBE? It’s a digital marketing company, essentially it’s a business opportunity so you can sign up, get training on how to run a digital business and then make money by being an affiliate of MOBE, there’s obviously pros an cons to this model but one thing I’m happy to state is that it’s not legit in my opinion.

It’s similar to The Money Academy and the 21 Step Millionaire Coach, as those are 2 other front end sales systems that sell the MOBE business opportunity. One thing I will make clear though is that the WIFI Millionaire is an official sales system for Mobe that actually tells the truth and uses real testimonials and facts, whereas those other 2 systems I mentioned are not official ones. In fact I have called them legits because of how they misrepresent the Mobe business by using fake testimonials, income claims and guarantees that don’t exist. 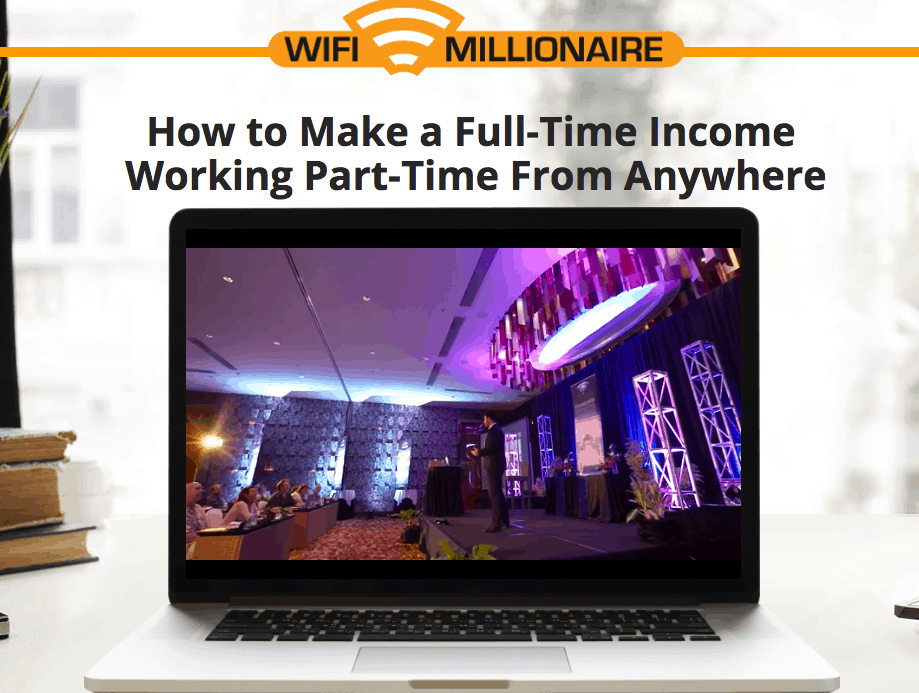 How Does WIFI Millionaire / Mobe Work?

Like I said the WIFI Millionaire simply a front end sales system that promotes the Mobe business opportunity. Whilst I am not going to go into specifics about Mobe here as you can read my review here if you wish to, I will give you a brief overview. Essentially this is what we call in the business opportunity niche as a high ticket offer. It means that the products on offer that you can buy and resell as an affiliate are high ticket. In other words they’re expensive, we’re talking 5-figures expensive.

They teach you how to make money as an affiliate but instead of promoting low ticket offers that don’t make you much money, you instead promote the Mobe business opportunity which contains a number of high ticket products that you earn much larger commissions on. These products are actually live events / masterclasses. Matt Lloyd holds a number of these each year and you attend the events based on your level in the business, each event is for people of different levels.

Is The WIFI Millionaire A Scam?

In my opinion it’s not legit however there are many people that would argue otherwise. It all depends on how you feel about high ticket sales and the MLM industry. Matt Lloyd would probably tell you that Mobe is not a MLM company, however it’s easy to argue that it is. After all the training inside of Mobe is geared towards helping people achieve success by promoting Mobe and recruiting other people, so that seems like MLM to me. I’ve personally got nothing wrong with it, however since I want to write an unbiased review I know that some people don’t like MLM and think it’s not a good industry to be involved in.

As for the high ticket sales you could argue as to whether the products on offer are really worth that, or are the prices just inflated so that affiliates can make more money? I’ve been part of another high ticket company similar to Mobe and to be honest in that particular scenario I did feel that the products were expensive for the sake of being expensive and did not actually offer enough value to warrant their high price tags. That being said, I am referring to a different company here, Mobe’s products might be worth their price.

So do I recommend this new WIFI Millionaire system? I’ll be honest, I like what Matt Lloyd has done creating this new sales system for Mobe, however I won’t be recommending it.

I made a decision at the start of this year that I’d be very selective in what I recommend to my subscribers here at No Bs Im Reviews and Mobe doesn’t pass the test for me. If you sign up to this yes you’ll start off paying just $50 to get access, however you’ll be put through a series of up-sells where you could end up spending 10’s of $1,000’s. To me it’s not worth it, and I personally believe that there are better opportunities out there as I will detail below.

If you want to see No Bs Im Reviews no.1 recommendation for making money check it out below…

Go here and see my no.1 recommendation for making money online