Created to expose the secrets of profitable penny stock trading

Would you like to know more about Profitly Tim Sykes and whether or not this penny stock training program is really legitimate, or is Tim in fact just another penny stocks scam artist? Tim Sykes is a veteran penny stock guru who became renowned for making over a million dollar by age 21; trading his $12,000 bar mitzvah money. That was more than 16 years ago. What made him more notorious however, is perhaps his appearance in the documentary “Wall Street Warriors.”

He’s been teaching his style of trading for several years via a multitude of media channels. In fact, Sykes is also the mastermind behind the highly sophisticated StocksToTrade trading software. 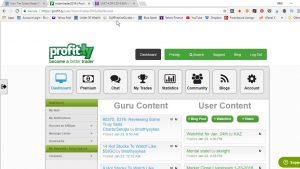 Sykes reveals that the service was created to establish public track records for established traders to prove themselves and for other traders to learn from them. In principle, Profit.ly Tim Sykes service provides transparency to an audience interested in learning from the trading gurus. For example, the site members can link their digital brokerage accounts to track their trading performance. As a result, we have decided to do this Profit.ly review.

The original goal (back in 2011) according to Timothy Sykes was to create a platform of crowdsourcing for other trading gurus like him to emerge and solidify themselves as an expert in their style of trading. What Profit.ly Tim Sykes does is very similar to what the online marketplace of investment talent Covestor.com was designed to do.

Tim Sykes is a highly rated trader on Covestor prior to the platform being acquired by Interactive Brokers. Profit.ly Tim Sykes is leveraging upon the concept of social trading. If yo have never heard of social trading, think of it as mirror trading meets social media.

A social trading network or platform allows individual investors and traders regardless of experience to literally “emulate” the transactions and copy/mirror the trades made by one or more professional traders who are members of the same network. What makes Profit.ly Tim Sykes different is that the platform is also designed for journaling trades.

What Services Can You Expect From Joining Profitly Tim Sykes?

Thanks to the Profitly Tim Sykes Leaderboard, members can consult stats about the performance and rating of traders, brokers, tools, tickers, trades, etc. The platform apparently has more than 100,000 members that can be contributing this information. Here are some examples of what the Leaderboard can show:

Top Verified Winners, Most Believed Traders, Most Popular Tools,  Most Madoffed Traders, Most Karma’d (lucky?) Traders, Most Popular Brokers, Top Performing Tickers and Most Popular Trade. There’s a lot more but you should get the point. It can be interesting to see how your trader peers are doing with the same stocks you’re trading for example. With Profitly Tim Sykes, you as a trader can copy others, either by looking at their track record of performances and trades or by interacting with them inside the platform. The website also offers several trading courses, and chat rooms access – but sold separately.

How Can You Expect To Benefit From Joining Profitly Tim Sykes?

If you think you have what it takes to become a guru, a membership will allow you to document your skills. After all, it was the original concept of Profit.y Tim Sykes- to leverage those track records to sell memberships and trade alerts. The theory being that mirroring the trades of someone else gets rid of the stress of making trading decisions.

It can also be helpful for new traders who are using a simulated account (paper trading). This way one can learn to execute trades accurately. And of course, over time, understand fully not only the mechanics but the logic behind each trade. 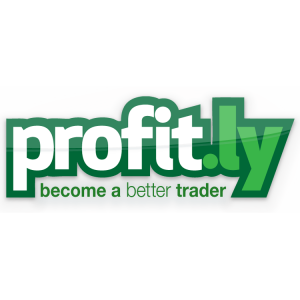 The success of Profitly Tim Sykes has given rise to many frauds who try to sell their own fake websites in its name. This is a big issue as many customers have lost their money in buying from such fake sites. It is advised that customers should be really careful when they are purchasing and should do some research before they buy from any website. To spot these, watch out and avoid sites that claim to write about Profitly Tim Sykes, yet the write-up is completely garbage as they are created by software and spammed all over the internet. It is always better to avoid buying from any other site other than the official one. Therefore, it is highly advised that consumers do careful research, or only buy from the site from the official website here – http://ProfitlyTimSykesOfficial.com/ (link opens in a new window). The official website that they have includes the legitimate website.

Tim increases the awareness of the potential of trading for new members and he helps motivate new traders. Some of these traders move onto other services or end up creating their own strategies but, ultimately, we find that Tim has had a positive impact on the world of trading. If you are looking forward to learning the real secrets of how million-dollar penny stock traders trade, then we highly recommend you to learn more about Profitly Tim Sykes at the button link below!