Are you interested in learning more about Lido Staking Rewards and is this really one of the best ways to start staking ETH without having to maintain infrastructure or lock assets, while at the same time being able to participate in on-chain activities such as lending? One of the main benefits we have experienced from using Lido Staking is that we are able to stake and unstable out stETH directly in our hardware wallet Ledger Nano Live or through year .finance connecting our Ledger to the website. Staking rewards can be earned without having to maintain staking infrastructure or locking assets, and assets can also be unstaked at anytime using the stETH-ETH liquidity pools.

Stakers’ balances will increase once every day as their staked ETH generates staking rewards, which then allows them to access the value of their staking rewards. By staking any amount of Ethereum, stakers are issued stETH in return which can then be used for collateral, lending and more while earning daily staking rewards.

Once transactions are enabled on Ethereum in a future upgrade, this representative ETH will then be returned back to the third-party issuer. The issuer will then give the user back an equivalent amount of ETH to their original stake, along with their rewards earned while securing the network. Alternatively, users can unstake by trading their staked ETH tokens on the open market.

How Are Lido Staking Rewards Generated?

Lido Staking works through a decentralised system of node operators who manage deposits, withdrawals and staking rewards according to the Lido DAO governed protocol. One advantage of staking ETH this way is that ETH holders are now able to pool their funds together to generate rewards even if they do not have 32 ETH or do not wish to stake that much, which is essentially how much ETH is required to maintain a node.

Lido Staking solves the illiquidity problem through its special ERC20 token, stETH, that are deposited into users’ accounts on a 1:1 basis when they deposit their ETH into the pool. The platform solves the problem of funds being locked til withdrawals are enabled on the Beacon Chain by facilitating the trading, transferring and using of stETH tokens in DeFi protocols that choose to support it. Today, stETH is available for ETH trading on the Curve platform while proposals have also been made to add stETH to Maker and AAVE as collateral options. 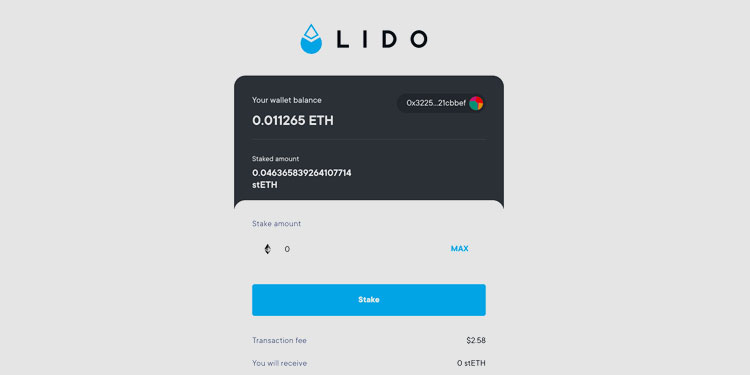 The success of Lido Staking Rewards has given rise to many frauds who try to sell their own fake websites in its name. This is a big issue as many customers have lost their money in buying from such fake sites. It is advised that customers should be really careful when they are purchasing and should do some research before they buy from any website. To spot these, watch out and avoid sites that claim to write about Lido Staking Rewards, yet the write-up is completely garbage and unreadable as they are created by software and spammed all over the internet. It is always better to avoid buying from any other site other than the official one. Therefore, it is highly advised that consumers do careful research, or only buy from the site from the official website here – http://Stake.Lido.fi/RewardsOfficial (link opens in a new window). The official website that they have includes the legitimate staking platform.

Lido Staking Preview: (to pause video, simply tap/click on it)