Do you want to find out more about Crowdfire and whether or not this platform is truly worth paying the subscription fee for? Some kind of social media following is a must for most businesses today. However, getting things moving beyond the starting blocks (and beyond a couple of followers who are mostly family and friends), can feel like an uphill struggle.

CrowdFire came to my attention when I was looking for a way to build up our social media accounts. We have been using it myself now for several months, and we are really happy with the results so far. 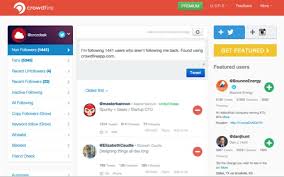 How Exactly Does Crowdfire Work?

CrowdFire is a web-based utility that connects directly to your social media accounts. Originally designed as a Twitter tool, it now also has functionality for Pinterest, Instagram, LinkedIn and Facebook. CrowdFire helps users automate the repetitive tasks involved in steadily growing a following on social media. 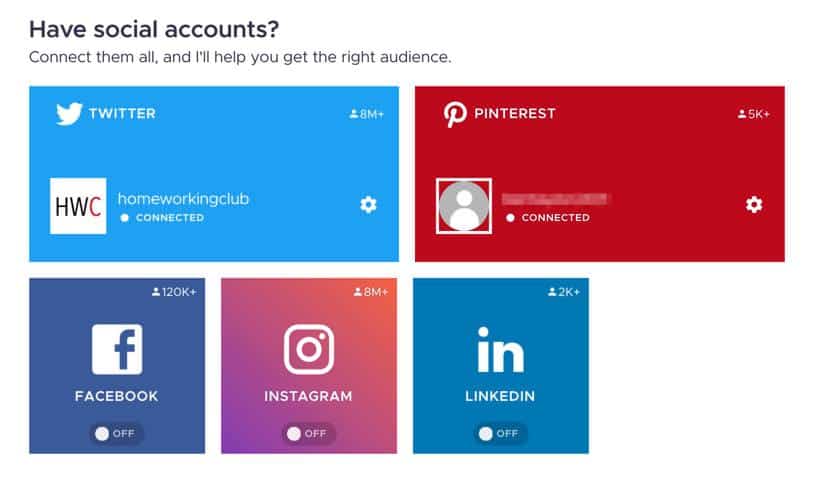 CrowdFire helps users find other people in your accounts and makes it really quick to add them. Even more usefully, it helps users keep track of those who don’t follow them back or those who are inactive and not worth following, so they can keep the list of people they follow in check.

It does many other things as well; It finds relevant content users can share to help them keep their accounts alive and busy, suggests tweaks to their accounts to help them perform better, and does it all with a very modern “bot” style interface that only takes a couple of minutes each day to manage.

In case you’re not already starting to guess, we are huge fans of CrowdFire – and you probably will become one too. Especially when we tell you the best part of all: subject to some functionality limitations, you can get started with Crowdfire for free.

CrowdFire is available for free in the most basic option, subject to some limitations, but there are some premium options available too. 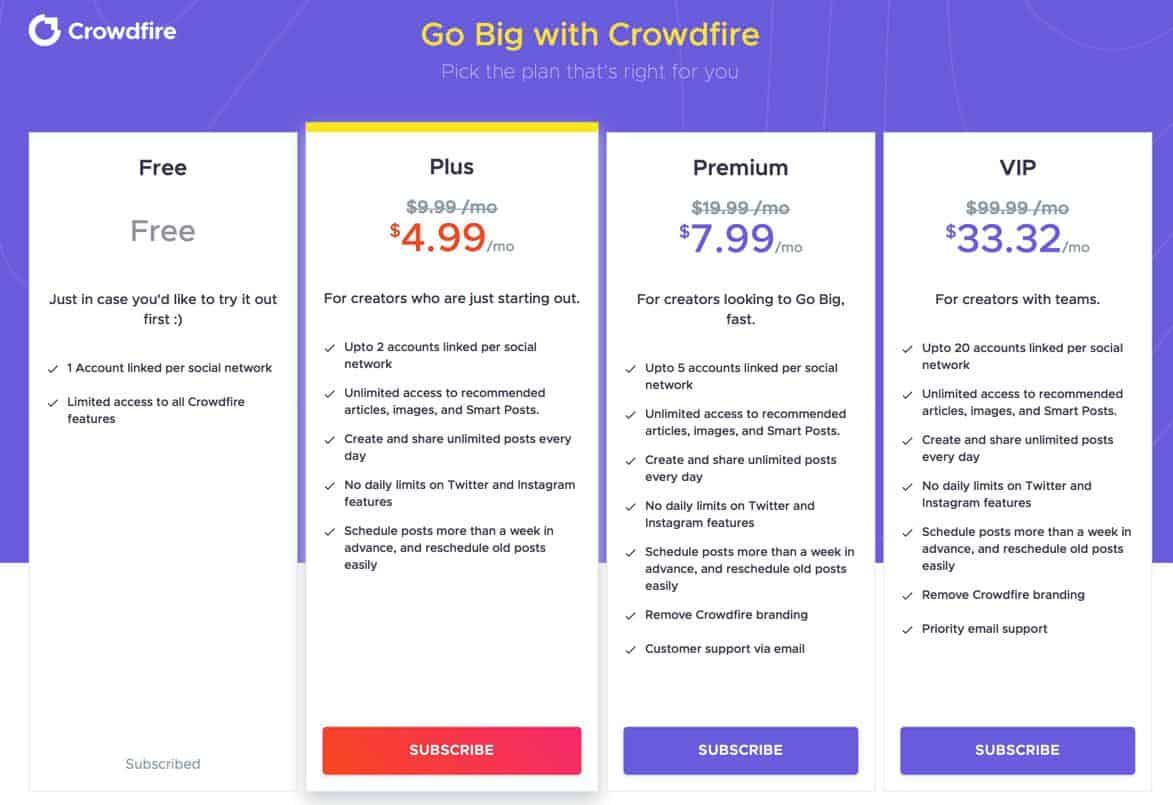 It’s possible to test what CrowdFire has to offer without spending any money at all, but as you can see from the above, you are limited to one account per social network. You’re also restricted in terms of how many people you can follow / unfollow every day, and in how much suggested content you’re given to share.

We used the free version of CrowdFire for a couple weeks, in tandem with doing some manual following. After this time we were very much convinced it was well worth spending $5 a month for the time we would save by doing everything with CrowdFire.

How To Start Using Crowdfire?

After granting CrowdFire permission to manage your desired social media accounts (I primarily use it for Twitter), all you have to do is access the service once per day and follow the instructions it gives you. For example, on a typical day, it will give us a selection of relevant content to choose from to share on my timeline. Then it will suggest some accounts for us to unfollow because they’ve not reciprocated in following me. Next, we will get a list of suggested new accounts to follow because they’re fans of similar people in our niches, or because they’ve been tweeting about relevant keywords.

On some days, we will get additional tasks, such as feeding in more relevant keywords, checking my automatic message to people who follow me, or checking that the information in my “About” section remains relevant. One feature we particularly like is that if the system notices we keep ignoring a task, it will give us the option of suspending it so it doesn’t bother us with it for a while.

Review Verdict: Crowdfire is a legitimate platform that works

The success of Crowdfire has given rise to many frauds who try to sell their own fake platforms in its name. This is a big issue as many customers have lost their money in buying from such fake sites. It is advised that customers should be really careful when they are purchasing and should do some research before they buy from any website. To spot these, watch out and avoid sites that claim to write about Crowdfire, yet the write-up is completely garbage as they are created by software and spammed all over the internet. It is always better to avoid buying from any other site other than the official one. Therefore, it is highly advised that consumers do careful research, or only buy from the site from the official website here – http://CrowdfireOfficial.com/ (link opens in a new window). The official website that they have includes the legitimate platform.

Using CrowdFire does not mean you can do absolutely nothing. But if you have got the right intentions for your social media, CrowdFire platform is a really great way to speed along the progress, rather than waiting for your following to grow slowly and organically.

If your businesses uses social media (and it should!) then you should certainly start using CrowdFire. If simplifying your social media management is something you are looking to do right now, we highly recommend you to learn more about Crowdfire at the button link below!