Bestmixer.io Preview: (to pause video, simply tap/click on it)

Are you looking for more information about Bestmixer.io and you want to find out more about whether or not it really works? BestMixer.io is a Bitcoin tumbler or mixer that enables transactions to become anonymous in the crypto network. This type of mixer separates your new and old addresses by sending your coins to others and delivering their coins to you in exchange. Via this process, your transactions become anonymous. BestMixer works with a wide range of cryptocurrencies, including Bitcoin, Ethereum, Litecoin, and Bitcoin Cash.

For those unfamiliar with Bitcoin mixing, BestMixer.io offers a brief yet clear overview of the process. The goal of this process is breaking the connection between the addresses that send and receive the coins. Coin mixing developed as a result of the fact that all cryptocurrency transactions are publicly recorded on the blockchain, but some users want additional privacy. With mixing, users can keep information regarding where they receive, send and store coins private.

Review Verdict: Bestmixer.io is a legitimate service that works 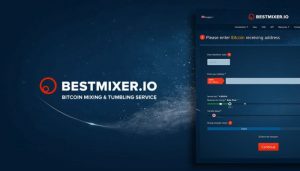 What Are The Benefits of Using Bestmixer.io?

The process also makes it nearly impossible for users to find out about the personal information you have had to enter on various websites to use or store crypto.

To use BestMixer.io, users send coins to the platform. It then shuffles the coins within the pool and provides you with random coins that were originally from other depositors. Because your original coins go to numerous destinations and you receive coins from several origins, your coins can become untraceable. BestMixer.io’s speed depends on the delivery time settings you pick and the system’s operational speed.

Will Bestmixer.io Work For You?

The team at BestMixer.io have desiged the system to be easy to use. The website is intuitive in nature, and the interface works well on various devices, so there is no problem taking advantage of it from your mobile device. If you have any questions about using the system, just check out at the detailed guide on how to use the service or the range of educational articles. Since everything is available in 11 languages, most users will be able to choose a language they are fluent in to ensure complete understanding. Keep in mind that there are minimums for mixing; you need to have a minimum transfer of 0.005 BTC, BCH, or LTC. Transactions with BestMixer.io might require anywhere from 1 to 6 confirmations, depending on the type of cryptocurrency and the amount transferred. When you begin an operation with BestMixer.io, you can set a delay using the delivery time settings. Order processing does not require more than 72 hours, and the transaction data is not kept after this point.

Review Verdict: Bestmixer.io is a legitimate service that works 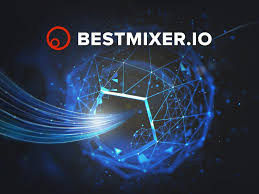 The success of Bestmixer.io has given rise to many frauds who try to sell their own fake services in its name. This is a big issue as many customers have lost their money in joining from such fake sites. It is advised that customers should be really careful when they are subscribing and should do some research before they join any website. To spot these, watch out and avoid sites that claim to write about Bestmixer.io, yet the writeup is completely garbage as they are created by software and spammed all over the internet. It is always better to avoid buying from any other website other than the official one. Therefore, it is highly advised that consumers do careful research, or only buy join the site from the official website here – http://Bestmixer.IO/ (link opens in a new window). The official website that they have includes the legitimate service.

BestMixer.io is one of several cryptocurrency mixers available that work to deliver privacy by making it nearly impossible for others to discover where you send, store and receive crypto. BestMixer.io offers relatively low fees, an intuitive platform, and support for enough languages to make sure that almost everyone will be able to access the service in a language they are comfortable using. For those who want the extra layer or privacy afforded by crypto tumbling, BestMixer.io has proven to be a very useful tool.